Haxby and Wigginton are both well served by buses. The No 1 bus goes back and forth from Wigginton along The Village, Haxby, to York City Centre, then Acomb and Chapelfields every 10-15 minutes. The No 13 bus connects Haxby with local villages on the way to Copmanthorpe and back and the No 20 calls en route between Monks Cross and Rawcliffe. 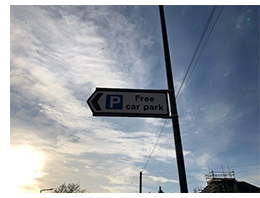 Drivers coming to Haxby are encouraged to park on Ethel Ward car park at the top of Calf Close, next to the playing fields and children’s park. It’s free, usually quieter than the town centre car parks and only a couple of minutes’ walk from Ryedale Court shopping area. Ethel Ward is usually only busy on Saturday and Sunday mornings during the football season, when the playing fields are used by local teams. Short-term parking is also available at Ryedale Court, where the Coop is, in front of and behind Sainsbury’s, as well as limited parking along The Village.

Drivers to Wigginton can take advantage of street parking in front of the businesses they are visiting.

Public toilets with disabled and baby change facilities are available at the end of the Haxby shopping arcade, next to Minster Vets. It’s 40p to access them, or free for disabled people with a RADAR key. The toilets aren’t attended, and are open 9am to 5pm 1st October to 31st March, and 9am to 6pm 1st April to 30th September. Opening hours may be restricted over Christmas and New Year bank holidays. 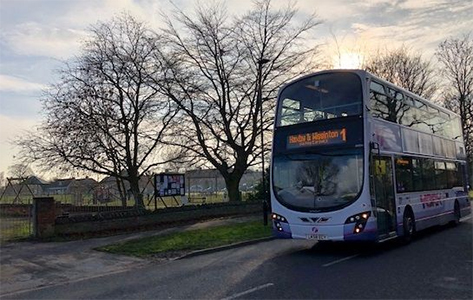 Haxby dates back to the 9th Century and when it was named Haxebi by the Vikings. This probably derives from the owner’s name, Hakr, and By, the Norse word for township or farm – so Hakr’s farm.

Wigginton is thought to be even older as its name dates from the pre-7th Century personal name Wicga and the old English suffix ‘tun,’ meaning settlement or enclosure – so Wicga’s settlement.

Both were mentioned in the Domesday Book and their most important industry was agriculture until the 20th Century. Most of the buildings along The Village, Haxby’s main street, and Mill Lane, Wigginton’s main street, date back to the 18th and early 19th Centuries.

In 1845 the opening of Haxby Station on the York to Scarborough line brought new trade and employment. Brick and tile-making were also successful towards the end of the 1800s, centred around York Road, Haxby. By 1930 the station was closed as many local commuters had switched to using the bus, but in 2020 the government announced it would fund plans to give Haxby a station once again.

The two communities have merged into one over the years but retain their own sense of identity and a friendly rivalry. They each have a park, playing fields, churches, allotments and a duck pond, as well as community centres and their own football clubs, Haxby Town FC and Wigginton Grasshoppers FC.

Many people choose to live in Haxby and Wigginton to enjoy their friendly, relaxed atmosphere and close proximity to the countryside, while commuting to jobs in York or further afield. But Haxby and Wigginton themselves also host many successful businesses which are a valuable source of local employment.